on March 27, 2020
I'm behind on this blog and somehow, despite being unable to go anywhere, am so overscheduled over the next few days that I doubt I'll have time to catch up on individual-day posts. SO! In quick summary of the last few days:

My temperatures have been great.

Work has been busy.

We're nearing the end of my official CDC Quarantine. Tomorrow will by day 14, and that evening I'll be marrying one of my best friends.

But Beth! you might say. Didn't you already marry your best friend?

Ah yes, dear reader. I did. And we're still going strong, even though both working from home means The Temperature Wars are real (and both having the Nest app on our phone makes that a dangerous game indeed). But I am now an ordained officiant, and will be marrying said friend to her best friend. English is just a super confusing language, see?

The wedding will be VERY small. Everyone in attendance - which I believe will be a total of 8 people, including bride and groom - is required to have quarantined/self-isolated for a minimum of 2 weeks. (So, um, thanks, CDC.) There will be a large online presence, though, with guests streaming the service from their own shelter-in-place locations.

So tomorrow - end of quarantine. An actual outing.

After that, though... not much will change anytime soon. Except I'll stop taking my temperature twice a day and recording everything in my CDC journal. The Quarantine Chronicles will no longer be an apt moniker for this series - but Shelter-in-Place looks a lot like Self-Quarantine (slightly less strict, but not much), and "The Shelter In Place Chronicles" isn't nearly as catchy.

Conversation the kiddo had with her father tonight as we listened to music before bathtime: KID: Who's singing this song? DANNY: Dean Martin. KID: Can I see a picture of him? Dean Martin: Just bones now DANNY: Sure (shows her a picture). KID: Is he still alive, or is he dead? DANNY: Oh, well... he's dead. KID: So he's just bones now? DANNY: ... Kids are creepy, y'all. Good night. And good night forever, Dean Martin. 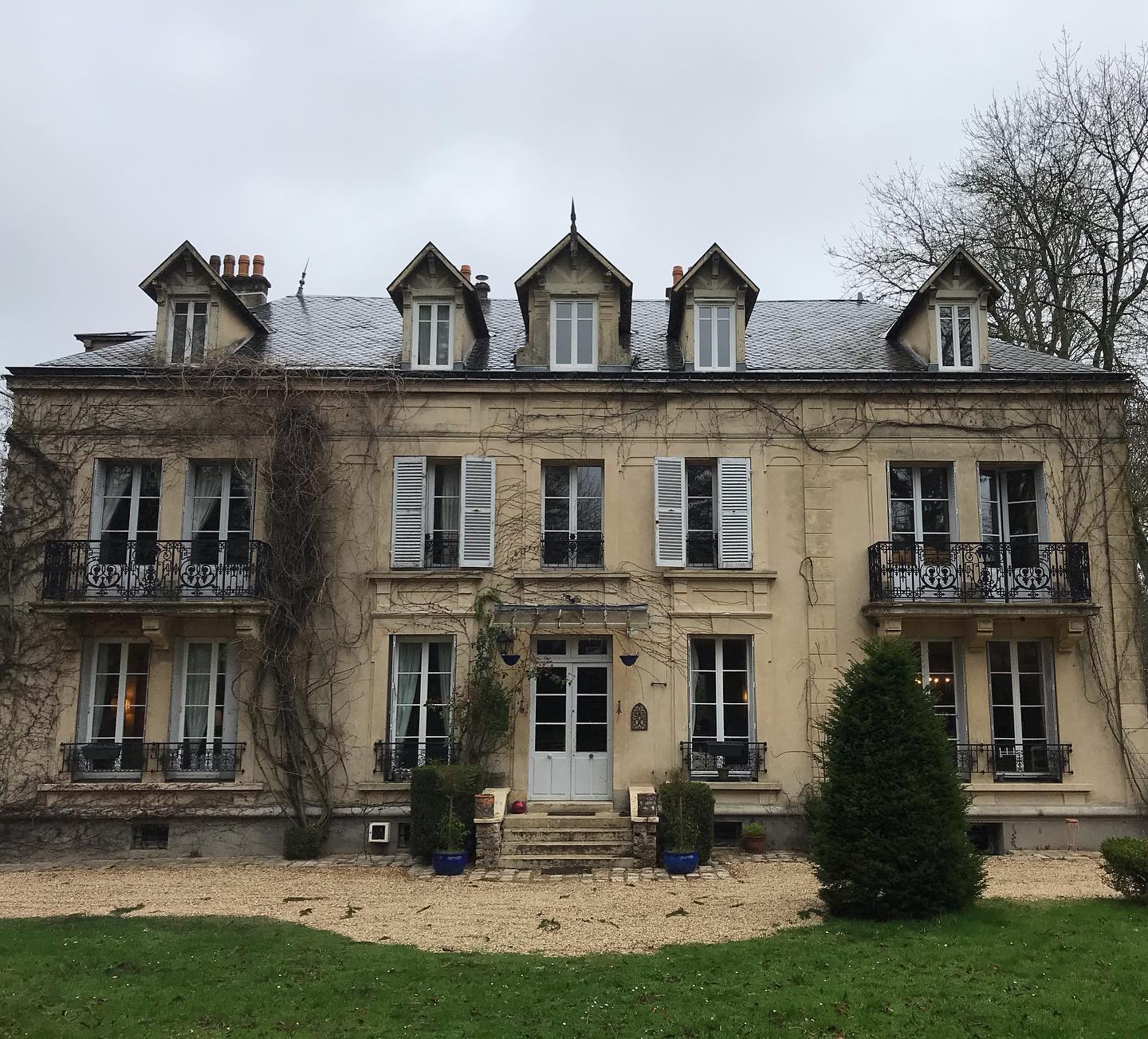 "You Will Not Be Allowed To Get Off The Plane" (OR, A Very Long Precursor Post Setting The Stage For THE QUARANTINE CHRONICLES)

Chateau de Poigny, the chateau where we were staying until the world turned upside down ------ I'm writing this a few days after it all happened, and back-dating it for chronological clarity... but I wanted to kick-off the (possibly temporary, as this quarantine will be) relaunch of this blog with some backstory. The precursor to my upcoming Quarantine Chronicles: AKA how I got home from Europe and wound up in quarantine.  It all started at around 2:30 AM on Thursday, March 12, in  Poigny - la - Forêt,  a small village outside Rambouillet in the Versailles area of France. I was asleep in my bed at the chateau where twelve other American writers and I were staying for the week. My roommate for the week, Ian, was asleep in his bed a few feet away. My phone rang. It was my husband. He forgot the time difference, I thought groggily, and ignored the call. He called again. I picked up the phone, fumbling, not answering it in time, so I sent him a text.  It's the